ON SOME LONELY SHORE 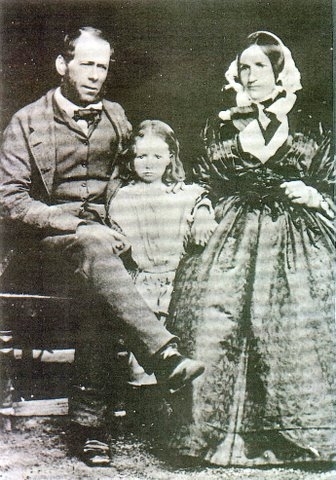 John Mylrea was my great great grandfather. He was a Manxman, born in 1823 in the parish of Andreas. His biography, entitled On Some Lonely Shore: John Mylrea in Australia, was recently published in the USA. The title of the book is taken from the final verse of Ellan Vannin, the "unofficial" and very moving national anthem of the Manx.

John arrived in Australia as a youth and rode the roller coaster of stunning success and crushing failure as the infant outpost lurched unsteadily to its feet to become a nation. Good and bad, John's fortunes were frequently beyond his control - gold fever was fickle, governments made unanticipated (and foolhardy) decisions, the climate was well outside the experience of a man born on an island in the Irish Sea.

Although his life as a pioneer was one that was shared with many of Australia's early European settlers, John's resilience and integrity are worth recording for posterity. His Australian family was large and his descendants many. His biography was written largely for them, although there will be family historians and Manx researchers who will also find the book "a good read".

On Some Lonely Shore: John Mylrea in Australia has been published by lulu.com.