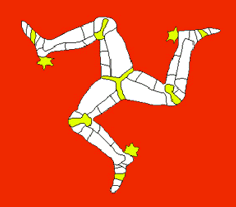 My Mylrea connections go back to 15th century Ballaugh where John Mylrea, son of Nicholas jnr, my great great great grandfather was born. As a young man, he abandoned the rural life and went to Andreas in the early 19th century where he earned his living as a tailor. His son, also named John and born in 1823, ventured even further afield when he went to the great southern land, Australia, barely 50 years after it was first settled by Europeans. John's 6th generation of descendants is now coming into the world.

A visitor to this site can easily see that all things Mylrea interest me and I hope that some might feel inclined to contribute their knowledge or resources.